There is intrigue surroundingÂ who/what is about to move into 290 Kilburn High Rd (opposite Moranâ€™s). There are lots of tables set up but the builders fitting it out won’t tell us. Please let us know if you know more!

On Friday the Prime Minister of Jamaica visited Kilburn and attracted large crowds queuing round the block.

Ever been interested to know what is inside the “Gaumont State” and missed the opportunity during the Ministerial visit? You can visit every week on Wednesdays between 12 and 2pm . The BeatlesÂ and many other famous bands once appeared there! If you do not have time to visit in person explore what it looked like in 2009.

Did you know Kilburn Park London Underground station is one of London’s smallest?

Murderers on the Kilburn High Road?

There were a couple of reported incidentsÂ this week of moped phone snatching on the Kilburn high road. Please be careful when holding or using your phone in busy areas!

2 places in our neigbourhood made it to the top ten places worth visiting in Brent according to Visit London.

Want to keep fit? There are plenty of exercise classes run at the Kingsgate Community Centre. If you’re struggling for motivation on a Monday they have volunteer run Keep Fit for Older People classes too

Did you knowÂ Dusty Springfield was born on Fordwych Road NW2 on 16th April 1939? She died on 2nd March 1999, so will qualify for a blue plaque from English Heritage in 2019. Tweet from @FordwychRA

It seems real estate agents are ”confused” when advertising properties in the area. Those in Kilburn are often advertised as being in Maida Vale, Queens Park or West Hampstead. One Twitter user has seen properties advertised as ‘North Maida Vale’ which doesn’t even exist…

Do you appreciate the very elaborate window displays at Traid? We wish that all our charity shops could learn from them.

Shirley Barrie, a co-founder of the Tricycle Theatre sadly died this week.

The love/hate debate still rages around the Tricycle Theatre/Cinema rebranding to Kiln. On Monday night there were reports that some locals were getting signatures out front as part of a petition to change the name back. Both the Camden New Journal and Kilburn times reported on the name change with slightly different angles. The Stage also held a poll “Do you like Kiln Theatre as the new name for the Tricycle?” The petition started by a Brondesbury resident last week gained more than 700 signatures. A campaign entitled “Our Tricycle not Your Kiln” is being organised. Our own poll shows that it was almost a 50/50 split as to those in favour of the name change and those opposed.

The news of the theatrical adaptions ofÂ Kazuo Ishiguroâ€™s â€œThe Remains of the Dayâ€ and Zadie Smithâ€™s â€œWhite Teethâ€ made the NY Times news though!

The Brent Connect Kilburn Event took place on Tuesday, where attendees were asked how Brent should celebrate Culture in Kilburn. We would encourage anyone to attend these meetings to ensure that the voice of Kilburn is heard.

Want to know what is being done to improve Kilburn? Have a look here. This handy map also lets you see what planning approvals are currently submitted. You can filter by those that have started/not started yet too. 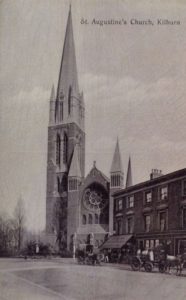 Kilburn has its own “ghost” sign. Do you know where it is? 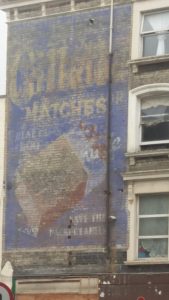 The Hampstead Cricket Club in nearby West Hampstead is hosting a free opening evening on the 24th April if you’re interested in playing women’s cricket. Open to beginners or experienced players.

Need some computer skills help? Every Tuesday from 10am they have workshops at the Kilburn Library on the Kilburn High Road. Starts on the 24th April

What do our dreams mean? Do we always know what motivates us? There is a free workshop hosted by the Freud Museum atÂ Shell Centre 2 in the Alexandra and Ainsworth Estate April 25th

Traid in Kilburn are staying open later on the 26th April (6pm to 8pm) to raise money for a deserving cause.

Ever thought of running a cafe? There is an open day at Kingsgate Community CentreÂ on Friday 27th April if you’re interested in running the cafe there. The cafe was previously run by Maria Kuehn, who won recognition in the BBC food awards.

Here are the film listings at the Kiln Cinema for this week. And with Â£6 tickets on Mondays and Tuesdays, very much worth a visit.

And a bit later on

Want to help with some gardening? There is aÂ gardening session at Kilburn tube station on the 6th May at 11am