Ariana 2 restaurant received another positive mention this week by KERB who rated it as one of their top 100 restaurants in London.

TheÂ Priory TavernÂ Belsize RoadÂ reopened this week after a refurbishment and has relaunched with a new menu too.

A newcomer to our neighbourhood Kilburn Arms, previously the Prince of Wales on Willesden Lane, reopened this week-end after a Â£750k refurb. It will also now feature an ‘artisan fish and chip shop‘.

What do you love or hate about the Kilburn High Road? This is the last week for you to add your feedback to Brent CouncilÂ here. The deadline has been extended to the 13th April and the more comments there are, the more chances there are to make Kilburn even greater.

If you have missed the gardening session at Kilburn tube station this week-end, do not worry the next one is 6th May at 11am!

Also on the green fingers front, if you have some time on Thursday the 12th April you can volunteer to help in lovely Kilburn Grange Park.

Carluccioâ€™s has opened a 3,000sq ft restaurant and deli in the London Marriott Hotel.Â The restaurant can be accessed via the hotel or its own entrance on Kilburn High Road.

Got a piece of broken electrical equipement or electronics, and have missed the last Restart event at Kingsgate Community Centre on 7th April, do not throw it away and make your way to the next event on 21st April at AbbeyÂ  Community Centre.

Want to influence the way Brent allocates its “Borough of Culture” funds, then attend the Brent Connect Kilburn Event on 17th April and make sure that Kilburn is allocated some of the funds.

Want to hear some music performed byÂ songwriting students? Head to the North London Tavern on Tuesday night the 10th. 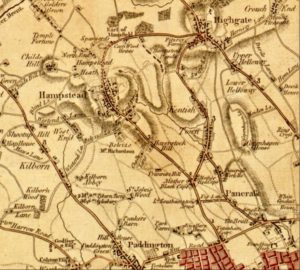 There is a free bike maintenance workshop at the Sidings Community Centre on Tuesday night.

And finally….The Hampstead Cricket Club in nearby West Hampstead is hosting a free opening evening on the 24th April if you’re interested in playing women’s cricket. Open to beginners or experienced players.

The annual Love London Timeout Awards are on.Â Ariana 2 is hoping to win 3 times in a row. Other local fave’s already listed to choose from include the Tricycle theatre and cinema, Hart & Lova, Kilburn Library or the Kilburn Grange Park.Â Which local favourite will you vote for?