We are a couple of passionate locals who want to share whatâ€™s happening in and around Kilburn. We hope you enjoy the updates.

This week there was a fire on the Kilburn High road on Tuesday night above the Oxfam shop. The high road was closed both ways between Willesden Lane & Quex Road. Around 60 firefighters attended and two people were rescued. The cause of the fire is being investigated. 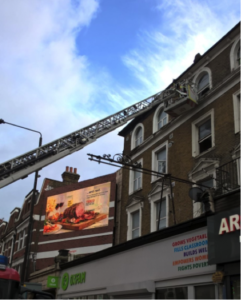 There is a proposal to cut back the frequency of the 328 bus service which runs from Chelsea Worlds End to Golders Green Station via the Kilburn High Road. You can sign a petition here.

What do you love or hate about the Kilburn High Road? Brent Council is asking for feedback on its Town Centres to understand what you love and what could be improved. You can add your comments here. This is your chance to have a say!

It may be raining ?Â &Â ? outside on #GoodFriday, but that didn’t stop us finding another stolen moped. This time taken from Kilburn High Road and found on Harben Road Estate #nw6 #nw3 #SecureYourScooter. Tweet fromÂ @MPSSwissCottage

From the 6th â€“ 14th April the Tricycle Theatre is presenting â€˜Mapping Brentâ€™ with free performances showcasing local youth. More info on how to book here.

Anjanaas Restaurant which is a South Indian restaurant located on Willesden Lane has joined Twitter this week. Theyâ€™re ranked #41 (out of over 18k!) for all restaurants out of London on Tripadvisor. You can follow them @AnjanaasLondon

The Priory Tavern on Belsize Road has re-opened after a refurbishment. They also have a new menu and from Tuesday 10th April a fortnightly quiz night from 7:30pm.

Some potholes on Kilburn Park Road were finally fixed. Now if only the same could happen to the ones on the Kilburn High Roadâ€¦

There is a guerrilla gardener about sprucing up some tree pits and making local residents smile. â€˜Thanks to the Victoria Rd NW6 guerrilla gardener, put a spring in my step this morningâ€™ tweet and pic from @LloydFothergill 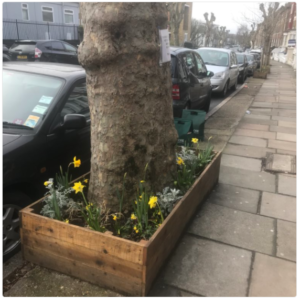 The 27th March was the anniversary of the passing of Ian Dury who died from cancer aged 57 back in 2000. He was the lead singer of Kilburn and the High Roads during the 70â€™s and later Ian Dury and the Blockheads. 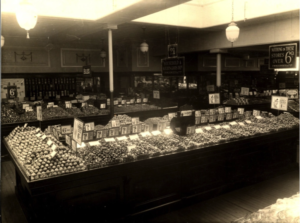 A glimpse of Kilburnâ€™s past – A huge display of Spring bulbs at the Woolworths store in Kilburn c.1932 Pic and text from Rob Baker

Did you know that the only London Underground station not to contain any letters of the word â€˜apposesâ€™, â€˜apposeâ€™ or â€˜apposedâ€™ is Kilburn? Well now you do. From @tubemackeralbot

There was a bit of celeb spotting at The Little Bay restaurant on Belsize Road. Actor Matt LeBlanc from the BBC Top Gear show and Friends visited the restaurant last Saturday night. 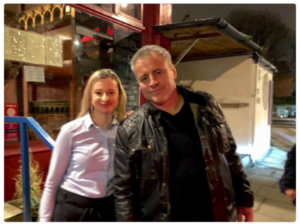 Another shout out from a celeb this year was from Paloma Faith who told Cosmopolitan Magazine in March that her favourite restaurant is Ariana 2 on the Kilburn High Road. 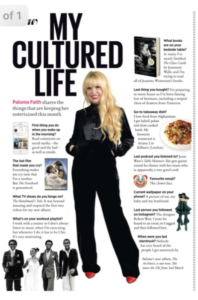 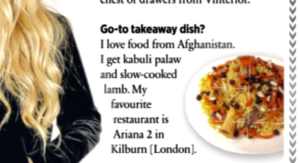